A selection of materials to empower people to move beyond simply not being overtly racist, and into active anti-racism work. 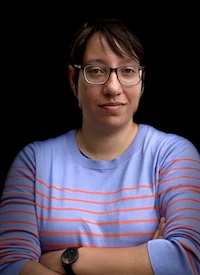 Gleeson Library aims to work vigorously for freedom and justice for Black people and, by extension, all people. We acknowledge, respect, and celebrate differences and commonalities. We also acknowledge the roles our institution and many other academic libraries play, both historically and today, in the ongoing subjugation of Black people and the intersections between librarianship and systemic racism. We affirm that Black Lives Matter.

This page presents online materials you can use to begin to engage with anti-racism and social justice, to deepen your understanding of how our history, societal frameworks, and power structures are built to uphold racism, violence, and white supremacy.  This guide was a collaborative effort by Gleeson Library workers, and represents their personal efforts to uphold social justice and dismantle white supremacy in their everyday work. The resources on this guide will continue to be updated as we source and purchase content. For information on white allyship and privilege, please also visit our White Privilege Resource Guide.

Anti-racist work is an ongoing commitment — it is not something you can check off a list. Doing this work and grappling with our histories — and how our complacency has contributed to harm — is uncomfortable work, but that should not stop us from engaging with it. Below are a selection of USF resources which can support learning about racial justice and allyship, processing uncomfortable feelings, or finding community.

Below is a selection of eBooks available from Gleeson Library - new titles are forthcoming.