The current climate crisis demands that we keep global temperatures from rising 1.5 degrees Celsius above pre-industrial levels or else irreversible damage will be done to the planet. Currently, we are on track for global temperatures to rise 3 degrees Celsius by 2100. This is why we need to enact the Green New Deal. This video covers the main points of the Green New Deal, highlighting six policy recommendations. We also explore opposing policies, specifically the Republican’s “Green Real Deal,” and explain why the Green New Deal is our best option. 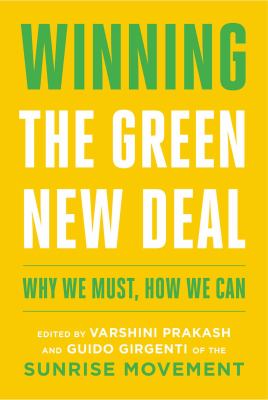 In Winning a Green New Deal, leading youth activists, journalists, and policymakers explain why we need a transformative agenda to avert climate catastrophe, and how our movement can organize to win. Featuring essays by Varshini Prakash, cofounder of Sunrise Movement; Rhiana Gunn-Wright, Green New Deal policy architect; Joseph Stiglitz, Nobel Prize-winning economist; Bill McKibben, internationally renowned environmentalist; Mary Kay Henry, the President of the Service Employees International Union, and others we'll learn why the climate crisis cannot be solved unless we also confront inequality and racism, how movements can redefine what's politically possible and overcome the opposition of fossil fuel billionaires, and how a Green New Deal will build a just and thriving economy for all of us. 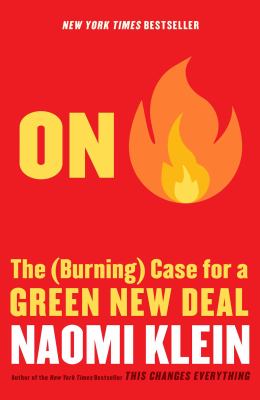 On Fire: The (Burning) Case for a Green New Deal

#1 international and New York Times bestselling author Naomi Klein, author of The Shock Doctrine and This Changes Everything, makes the case for a Green New Deal--explaining how bold climate action can be a blueprint for a just and thriving society. On Fire: The (Burning) Case for a Green New Deal gathers for the first time more than a decade of her impassioned writing, and pairs it with new material on the staggeringly high stakes of our immediate political and economic choices. An expansive, far-ranging exploration that sees the battle for a greener world as indistinguishable from the fight for our lives, On Fire captures the burning urgency of the climate crisis, as well as the fiery energy of a rising political movement demanding a catalytic Green New Deal. 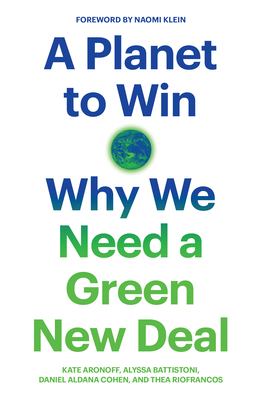 A Planet to Win

In October 2018, the IPCC published a report warning that the world would warm 1.5o C by 2040 without massive emissions reductions by 2030, with results more devastating than previously imagined. In November the charismatic democratic socialist Alexandria Ocasio-Cortez won election to Congress and stated that a Green New Deal would be a top priority. A week later, activists with the Sunrise Movement occupied Nancy Pelosi's office,calling for action on climate in the form of a Green New Deal. The Green New Deal is now a buzzword thrown around to signal the need for climate action--but no one quite knows what it means. A Planet to Win explores what a Green New Deal could look like and draws the connection between climate change and capitalism, arguing that in order to confront one we must confront the other. With concrete proposals, such as ending subsidies for fossil fuel companies and funding a just transition to renewable energy, expanding public housing and transit, a fair and sustainable trade regime, and a job guarantee program that emphasizes climate-friendly work, the authors offer a daring set of ideas to confront climate chaos and create a more equitable society. Recognizing that inequality and climate politics are utterly inseparable, A Planet to Win draws on the inspiring history of environmental justice movements and sets out a bold framework for the transformative possibilities of a Green New Deal. 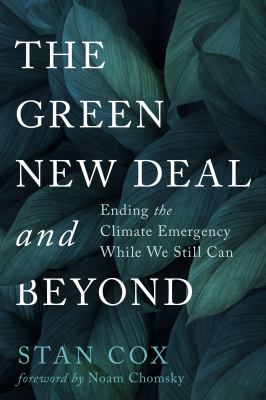 The Green New Deal and Beyond

The prospect of a Green New Deal is providing millions of people with a sense of hope, but scientists warn there is little time left to take the actions needed. We are at a critical point, and while the Green New Deal will be a step in the right direction, we need to do more--right now--to avoid catastrophe. In The Green New Deal and Beyond, author and plant scientist Stan Cox explains why we must abolish the use of fossil fuels as soon as possible, and how it can be done. He addresses a host of glaring issues not mentioned in the GND and guides us through visionary, achievable ideas for working toward a solution to the deepening crisis. It's up to each of us, Cox writes, to play key roles in catalyzing the necessary transformation. 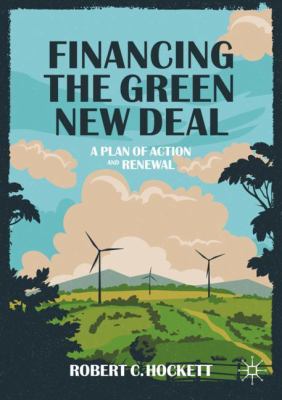 Climate scientists have determined that we must act now to prevent an irreversible and catastrophic climatic tipping point, beyond which neither our own nor many other species can be assumed likely to survive. On the way to that bleak ending, moreover, extreme socio-economic injustice and associated political breakdown--now well underway in nations already hard-hit by environmental crisis--can be expected to hasten as well. The time has thus come to plan carefully, thoroughly, and on a scale commensurate with the crisis we face. This book, written by one of the key architects of the Green New Deal and prefaced by Representative Alexandria Ocasio-Cortez's former Chief of Staff, indicates how to structure Green New Deal finance in a manner that advances the cross-cutting goals of maximum financial and economic inclusion, maximally democratic decision-making, and an appropriate division of roles both among all levels of government and among public and private sector decision-makers. Integrating into one complete and coherent financial architecture such bold ideas as a 'People's Fed, an interdepartmental National Investment Council, integrated state and regional public banks, a Democratic Digital Dollar and digital Taxpayer Savings and Transaction Accounts made part of the monetary policy transmission belt, and an economy-wide Price Stabilization Fund, this book is critical reading for policymakers and citizens looking for a fresh path forward towards a revived and sustainable, progressive and productive America. 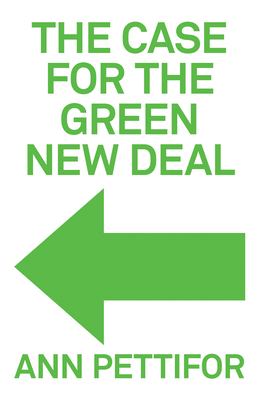 The Case for the Green New Deal

The GND has the potential of becoming one of the largest global campaigns of our times, and it started in Ann Pettifor's flat. In 2008, the first Green New Deal was devised by Pettifor and a group of English economist and thinkers, but was ignored within the tumults of the financial crash. A decade later, the ideas was revived within the democratic socialists in the US, forefront by Alexandria Ocasio Cortez. The Green New Deal demands a radical and urgent reversal of the current state of the global economy- including total de-carbonisation and a commitment to fairness and social justice. Critics on all sides have been quick to observe that the GND is a pipe dream that could never be implemented, and would cost the earth. But, as Ann Pettifor shows, we need to rethink the function of money, and how it works within the global system. How can we bail out the banks but not the planet? We have to stop thinking about the imperative of economic growth-nothing grows for ever. The program will be a long term project but it needs to start immediately. 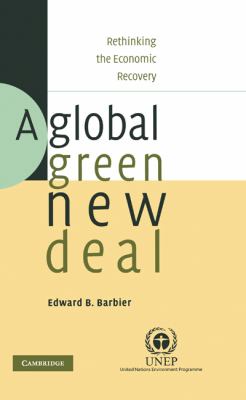 Meeting the short run challenges of reviving the worldwide economy need not mean sacrificing long run economic and environmental sustainability. A Global Green New Deal (GGND) is an economic policy strategy for ensuring a more economically and environmentally sustainable world economic recovery. Reviving growth and creating jobs should be essential objectives. But policies should also aim to reduce carbon dependency, protect ecosystems and water resources, and alleviate poverty. Otherwise, economic recovery today will do little to avoid future economic and environmental crises. Part One argues why a GGND strategy is essential to the sustainability of the global economy. Part Two provides an overview of the key national policies whilst Part Three focuses on the global actions necessary to allow national policies to work. Part Four summarizes the main recommendations for national and international action, and discusses the wider implications for restructuring the world economy towards "greener" development. 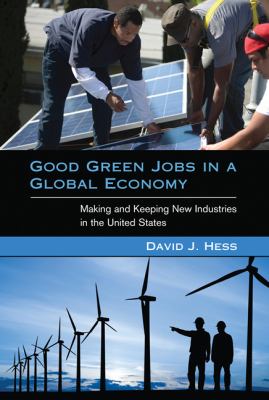 Good Green Jobs in a Global Economy is the first book to explore the broad implications of the convergence of industrial and environnmental policy in the United States. Under the banner of green jobs, clean energy industries and labor, environmental, and antipoverty organizations have forged blue-green alliances and achieved some policy victories, most notably at the state and local levels. In this book, David Hess explores the politics of green energy and green jobs, linking the prospect of a green transition to tectonic shifts in the global economy. He argues that the relative decline in U.S. economic power sets the stage for an ideological shift, away from neoliberalism and toward developmentalism, an ideology characterized by a more defensive posture with respect to trade and a more active industrial policy.