In the wake of the Deepwater Horizon oil disaster in the Gulf of Mexico, President Obama stopped oil and gas development in the outer continental shelf to prevent future disasters, protect vital fisheries and ecosystems, and protect coastal communities. Ten years after the disaster, the Gulf has still not recovered from the Deepwater Horizon oil disaster, yet President Trump has enacted Executive Order 13795 that aims to roll back these protective measures and open up the outer continental shelf for oil development. At the moment, the Executive Order is on hold due to litigation. Vote and stay vigilant to protect our oceans and coasts. 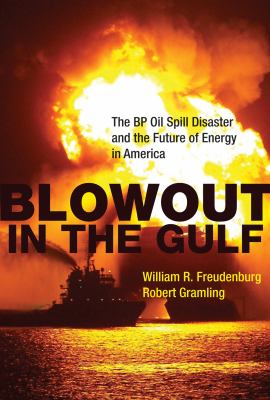 Blowout in the Gulf

The story of how a chain of failures, missteps, and bad decisions led to America's biggest environmental disaster. On April 20, 2010, the gigantic drilling rig Deepwater Horizon blew up in the Gulf of Mexico, killing eleven crew members and causing a massive eruption of oil from BP's Macondo well. For months, oil gushed into the Gulf, spreading death and destruction. Americans watched real-time video of the huge column of oil and gas spewing from the obviously failed "blowout preventer." What was missing, though, was the larger story of this disaster. In Blowout in the Gulf, energy experts William Freudenburg and Robert Gramling explain both the disaster and the decisions that led up to it. Blowout in the Gulf weaves a fascinating narrative of failures, missteps, and bad decisions, explaining why this oil spill was a disaster waiting to happen--and how making better energy choices will help prevent others like it. 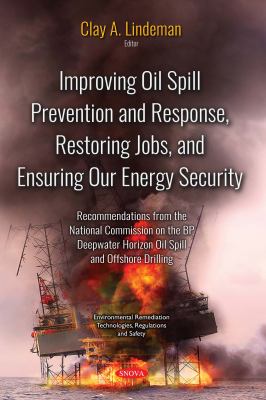 This book was reprinted from a public document and records from the US Government. It is a collection of hearings that took place in Washington DC, by the Committee on Transportation and Infrastructure, House of Representatives on February 11th 2011. "On April 22nd 2010, the DEEPWATER HORIZON sank and oil and natural gas began spewing from the uncontained well. The evening before, BP began efforts to contain the well by trying to activate the rams, annular preventers and deadman switch on the BOP using remotely operated underwater vehicles. For reasons that are still under investigation, these efforts failed. Over the course of the next 87 days, BP followed these efforts with attempts to place a containment dome over the leaking riser pipe.... Each of these efforts failed to completely cut off the flow of oil into the Gulf....the Federal government estimates a total of 4.9 million barrels of oil were released into the Gulf of Mexico during the 87 days the well went uncontained." This book examines the DEEPWATER HORIZON OIL SPILL, its consequences and relevance to the future of offshore drilling, and reexamines what changes have to made in order to produce safer drilling operations that Americans deserve the right to have and expect. 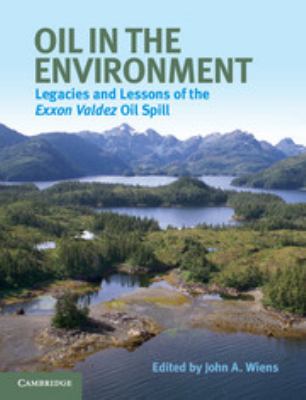 Oil in the Environment

What light does nearly 25 years of scientific study of the Exxon Valdez oil spill shed on the fate and effects of a spill? How can the results help in assessing future spills? How can ecological risks be assessed and quantified? In this, the first book on the effects of Exxon Valdez in 15 years, scientists directly involved in studying the spill provide a comprehensive perspective on, and synthesis of, scientific information on long-term spill effects. The coverage is multidisciplinary, with chapters discussing a range of issues including effects on biota, successes and failures of post-spill studies and techniques, and areas of continued disagreement. An even-handed and critical examination of more than two decades of scientific study, this is an invaluable guide for studying future oil spills and, more broadly, for unraveling the consequences of any large environmental disruption. 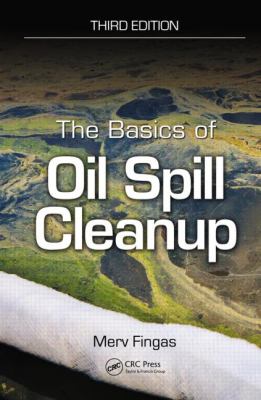 The Basics of Oil Spill Cleanup

Reflecting the rapid progress in cleanup technology since the previous edition, this revised and expanded third edition of The Basics of Oil Spill Cleanup covers current cleanup techniques, how oil spills are measured and detected, and the properties of the oil and its long-term fate in the environment. It also deals with why, how often, and where oil spills occur as well as the chemical composition and physical properties of various oil types. Written for the general public as well as those directly involved with oil spill cleanup, this edition provides broad, up-to-date knowledge of the cleanup and control of spills. 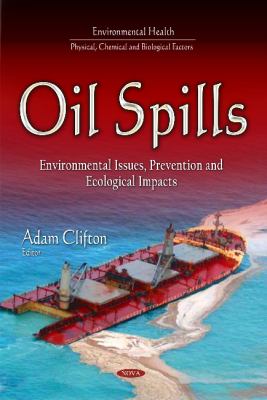 Petroleum perhaps is one of the most important substances in the modern society due to its wide use in the most diverse productive sectors. Besides serving as raw material to the production of plastics and other compounds, it is the fuel source used in the production of electric energy, in industries and in different transport sectors. However, the ecosystems located in areas of extractions, processing and distribution of petroleum end up being highly susceptible to the direct and indirect impacts of these activities, as well as those located in their transport route. As the large extraction fields are located in coastal areas, these environments are, generally, the most affected, although other ecosystems also suffer influence of petroleum activities. Oil spills and leakages provoke immediate effects into the environment, easily viewed by the generalized mortality of animals and consequent ecosystems losses, but also provoke more persistent effects, such as alteration of the animals behaviour and permanence of compounds derived from petroleum in the food webs. Accidents with petroleum are unpredictable and the resources needed to minimize their impacts, often, are not liable to an immediate application. This book discusses different prevention methods as well as environmental and ecological impacts oil spills have. 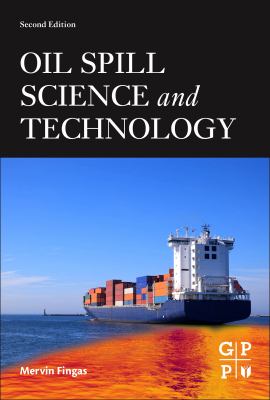 Oil Spill Science and Technology, Second Edition, delivers a multi-contributed view on the entire chain of oil-spill related topics from oil properties and behaviors, to remote sensing through the management side of contingency planning and communicating oil spill risk perceptions. Completely new case studies are included with special attention to the Deepwater Horizon event, covering the impacts of wetlands and sand beaches, a mass balance approach, and the process for removing petroleum chemicals still trapped near Alabama beaches. Other new information on lingering oil left behind from the Exxon Valdez spill, the emergency system used in the Prestige incident, and coverage on the Heibei Spirit spill in Korea are also included.