There are currently 16,306 endangered species that are threatened with extinction. 99% of these species are at risk due to human activities which have caused habitat loss, climate change, and exotic species introductions. In 1973, the Endangered Species Act was passed, which prohibits the harming, killing, or exporting of endangered species, and requires protection for land and water that are vital for their recovery. This was a huge step in the right direction, as it was an important federal action, which encouraged state programs to be established for their protection, however, the fight should not end here. We as humans must also individually take steps towards protecting our fellow endangered species, which can include reducing your carbon footprint by recycling, buying sustainable products, reducing your water consumption, etc. We should all care deeply about our endangered neighbors, as we all share the earth, and we each play a critical role. When a species goes extinct, especially a ‘buffer species,’ it can send a trophic cascade through the food chain, impacting other species and the ecosystem they inhabit. The disturbance of interactions among the organisms alters their physical and chemical environments, which can in turn cause infectious disease in humans to rise at higher rates, as well as cause depletion of certain goods and materials to occur. We must all take action to protect endangered species, as it can not only save their lives but ours, and the world as a whole. 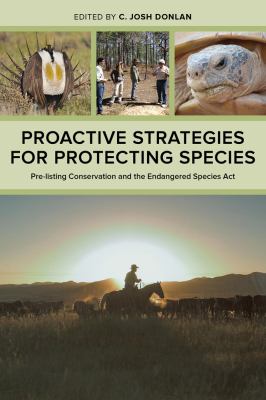 Proactive Strategies for Protecting Species explores the perspectives, opportunities, and challenges around designing and implementing pre-listing programs and approaches to species conservation. This volume brings together conservation biologists, economists, private and government stakeholders, and others to create a legal, scientific, sociological, financial, and technological foundation for designing solutions that incentivize conservation action for hundreds of at-risk species?prior to their potential listing under the ESA. This forward-thinking, innovative volume provides a roadmap for designing species conservation programs on the ground so they are effective and take place upstream of regulation, which will contribute to a reduction in lawsuits and other expenses that arise after a species is listed. Proactive Strategies for Species Protection is a guidebook for anyone anywhere interested in designing programs that incentivize environmental stewardship and species conservation. 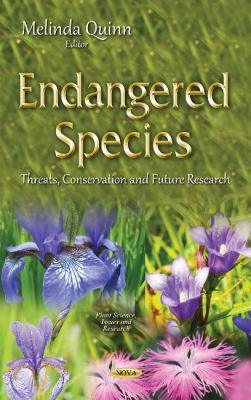 This book provides research on the threats and conservation of endangered species. Chapter One reviews the causes of extinction, the possibilities of persistence in colonised sites, as well as the proposed method of conservation of populations of selected rare plant species such as Dianthus superbus L., Gentiana pneumonanthe L., Gladiolus imbricatus L., Iris sibirica L. as well as Trollius europaeus L. Chapter Two provides an example of the use of multivariate analyses of morphological characters and DNA analyses for assessing the taxonomic ranking of rare plant taxa. Chapter Three offers a synthetic, state-of-the-art analysis of the existing knowledge around magnolias, including their biogeographic origin, the distribution and number of magnolia species, their current and potential uses in medicine and biochemistry, the ecology of seeds and of successful pre-germinate treatments, the regeneration and restructuring of populations, and a revision of the genetic diversity of magnolia species. Chapter Four examines a case study of Cycas hainanensis, an endangered cycad species. 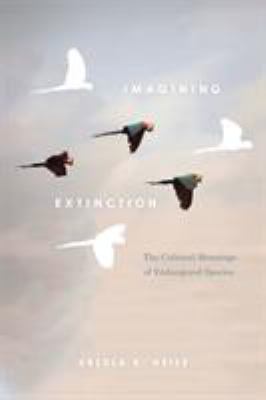 We are currently facing the sixth mass extinction of species in the history of life on Earth, biologists claim--the first one caused and by humans. Activists, filmmakers, writers, and artists are seeking to bring the crisis to the public's attention through stories and images that use the strategies of elegy, tragedy, epic, and even comedy. Imagining Extinction is the first book to examine the cultural frameworks shaping these narratives and images. Ursula K. Heise argues that understanding these stories and symbols is indispensable for any effective advocacy on behalf of endangered species. More than that, she shows how biodiversity conservation, even and especially in its scientific and legal dimensions, is shaped by cultural assumptions about what is valuable in nature and what is not. These assumptions are hardwired into even seemingly neutral tools such as biodiversity databases and laws for the protection of endangered species. Heise shows that the conflicts and convergences of biodiversity conservation with animal welfare advocacy, environmental justice, and discussions about the Anthropocene open up a new vision of multispecies justice. Ultimately, Imagining Extinction demonstrates that biodiversity, endangered species, and extinction are not only scientific questions but issues of histories, cultures, and values. 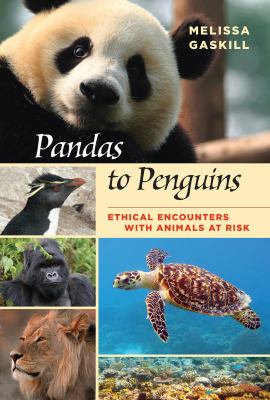 Perhaps nothing about nature calls to us as deeply as wild animals. To see an enormous whale leaping out of the water, the eerily human eyes of a gorilla, or the comical waddle of a penguin; to hear the ethereal howl of a wolf or majestic roar of a lion--these experiences change us. Around the world, animal populations are threatened by loss of habitat, pollution, climate change, overhunting, and poaching--and yet wildlife-based tourism is growing rapidly and makes up as much as forty percent of the worldwide tourism industry today. In Pandas to Penguins, nature journalist Melissa Gaskill profiles twenty-five species and one endangered ecosystem, highlighting local ecofriendly travel outfitters operating in the area for those seeking out their own enriching personal experience with wildlife. She provides basic information about each animal's behavior and biology, descriptions of the threats they face, and maps, photographs, and first-person accounts of wildlife watching. Each species meets three basic criteria: 1) some level of risk to its survival, 2) a reasonably accessible habitat where travelers have a chance to view the animal in the wild in its natural setting, and 3) responsible tourism that directly benefits the animal or its habitat. More than a wildlife bucket list or an exhortation to "see them before they're gone," this guide is intended to identify wildlife experiences that can be life changing for people as well as animals. 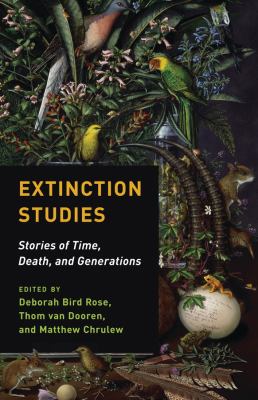 Extinction Studies focuses on the entangled ecological and social dimensions of extinction, exploring the ways in which extinction catastrophically interrupts life-giving processes of time, death, and generations. The volume opens up important philosophical questions about our place in, and obligations to, a more-than-human world. Drawing on fieldwork, philosophy, literature, history, and a range of other perspectives, each of the chapters in this book tells a unique extinction story that explores what extinction is, what it means, why it matters--and to whom.