PSA: Phase Out Fracking in California 2020

Hydraulic fracturing or ‘fracking’ is an unconventional process to extract oil and natural gas. The fracking process uses large amounts of fresh water and chemicals to break up bedrock and capture limited amounts of oil or gas intermingled in the earth deep underground. California alone has nearly 57,000 active fracking wells. Fracking has many negative impacts on public health and the environment, including contamination of water supplies, earthquakes, emissions that worsen air pollution and global warming, disruption of wildlife habitat, and respiratory and cardiovascular illness—especially in environmental justice communities where fracking takes place nearby schools and homes. Phasing out fracking in California and across the U.S., and shifting to renewable energy, would create more jobs while returning health to people and the planet. We call on the Governor and the California legislature to phase out fracking, and we look to fellow citizens to engage and demand a healthy future. 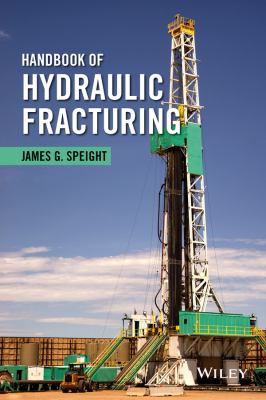 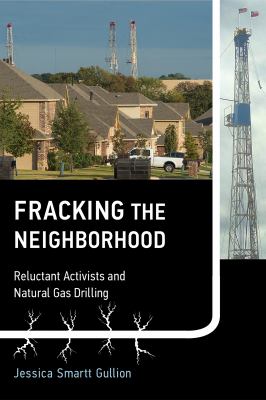 What happens when natural gas drilling moves into an urban area: how communities in North Texas responded to the environmental and health threats of fracking. When natural gas drilling moves into an urban or a suburban neighborhood, a two-hundred-foot-high drill appears on the other side of a back yard fence and diesel trucks clog a quiet two-lane residential street. Children seem to be having more than the usual number of nosebleeds. There are so many local cases of cancer that the elementary school starts a cancer support group. In this book, Jessica Smartt Gullion examines what happens when natural gas extraction by means of hydraulic fracturing, or "fracking," takes place not on wide-open rural land but in a densely populated area with homes, schools, hospitals, parks, and businesses. Gullion focuses on fracking in the Barnett Shale, the natural-gas-rich geological formation under the Dallas-Fort Worth metroplex. She gives voice to the residents--for the most part educated, middle class, and politically conservative--who became reluctant anti-drilling activists in response to perceived environmental and health threats posed by fracking. Gullion offers an overview of oil and gas development and describes the fossil-fuel culture of Texas, the process of fracking, related health concerns, and regulatory issues (including the notorious "Halliburton loophole"). She chronicles the experiences of community activists as they fight to be heard and to get the facts about the safety of fracking. Touted as a greener alternative and a means to reduce dependence on foreign oil, natural gas development is an important part of American energy policy. Yet, as this book shows, it comes at a cost to the local communities who bear the health and environmental burdens. 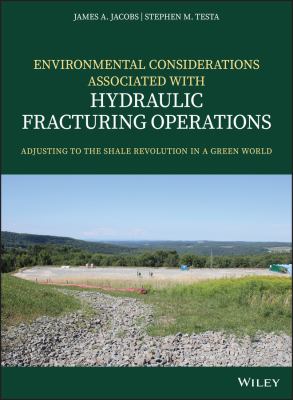 Environmental Considerations Associated with Hydraulic Fracturing Operations offers a much-needed resource that explores the complex challenges of fracking by providing an understanding of the environmental and communication issues that are inherent with hydraulic fracturing. The book balances the current scientific knowledge with the uncertainty and risks associated with hydraulic fracking. In addition, the authors offer targeted approaches for helping to keep communities safe. The authors include an overview of the historical development of hydraulic fracturing and the technology currently employed. The book also explores the risk, prevention, and mitigation factors that are associated with fracturing. The authors also include legal cases, regulatory issues, and data on the cost of recovery. The volume presents audit checklists for gathering critical information and documentation to support the reliability of the current environmental conditions related to fracking operations and the impact fracking can have on a community. 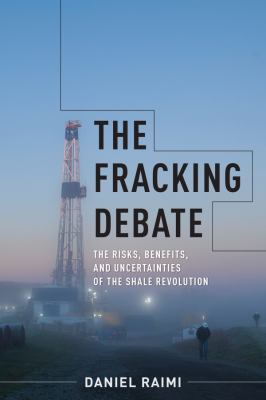 Over roughly the past decade, oil and gas production in the United States has surged dramatically--thanks largely to technological advances such as high-volume hydraulic fracturing, more commonly known as "fracking." This rapid increase has generated widespread debate, with proponents touting economic and energy-security benefits and opponents highlighting the environmental and social risks of increased oil and gas production. Despite the heated debate, neither side has a monopoly on the facts. In this book, Daniel Raimi gives a balanced and accessible view of oil and gas development, clearly and thoroughly explaining the key issues surrounding the shale revolution. The Fracking Debate directly addresses the most common questions and concerns associated with fracking: What is fracking? Does fracking pollute the water supply? Will fracking make the United States energy independent? Does fracking cause earthquakes? How is fracking regulated? Is fracking good for the economy? Coupling a deep understanding of the scholarly research with lessons from his travels to every major U.S. oil- and gas-producing region, Raimi highlights stories of the people and communities affected by the shale revolution, for better and for worse. The Fracking Debate provides the evidence and context that have so frequently been missing from the national discussion of the future of oil and gas production, offering readers the tools to make sense of this critical issue. 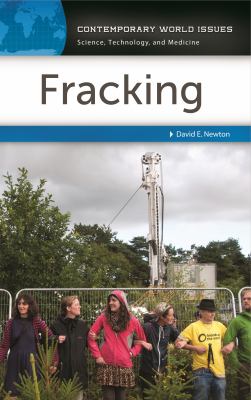 The use of fracking is a tremendously important technology for the recovery of oil and gas, but the advantages and costs of fracking remain controversial. This book examines the issues and social, economic, political, and legal aspects of fracking in the United States. Hydraulic fracturing of oil and gas wells--known commonly as "fracking"--has been in use in the United States for more than half a century. In recent years, however, massive expansion of shale gas fracturing across the nation has put fracking in the public eye. Is fracking a "win win" like its proponents say, or are there significant costs and dangers associated with the use of this energy production technology? This book examines fracking from all angles, addressing the promise of the United States becoming energy independent through the use of the process to tap the massive amounts of natural gas and oil available as well as the host of problems associated with fracking--groundwater contamination and increased seismic activity, just to mention two--that raise questions about the long-term feasibility of the process as a source of natural gas. The first part of the book provides a historical background of the topic; a review of technical information about fracking; and a detailed discussion of the social, economic, political, legal, and other aspects of the current fracking controversy. The second part of the book provides a host of resources for readers seeking to learn even more in-depth information about the topic, supplying a chronology, glossary, annotated bibliography, and profiles of important individuals and organizations.